Developed by SAAB, the Gripen is the first multi-role fighter in the new generation that is currently in operation. The Gripen is able to perform a wide range of air-to-air, air-to-surface, and reconnaissance missions by utilizing the latest technology available and latest weapons.

While Gripen meets the strict requirements for flight safety, reliability, training efficiency, and low operating costs, the design of it also meets the massive demands of existing and future threats. 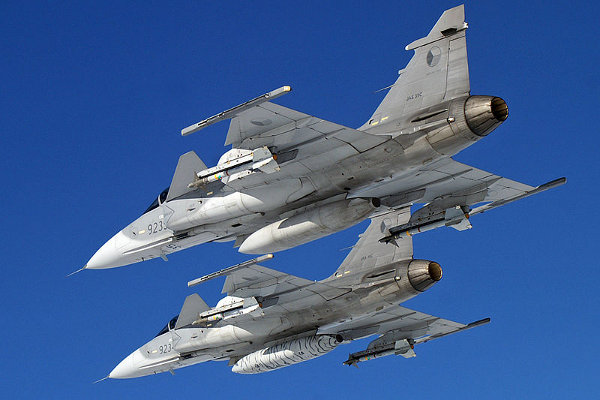 The main things found on a Gripen cockpit include 3 large, full colour, multi-function displays (MFDs), a wide-angle diffractive options Head-Up Display (HUD) along with a holographic combiner. Furthermore, there is a highly efficient human machine interface integrated into the Gripen to lessen the pilot’s workload especially in combat situations. As a result, Gripen provides its pilot with situational awareness that is exceptional and operational effectiveness that no other vehicle can rival. 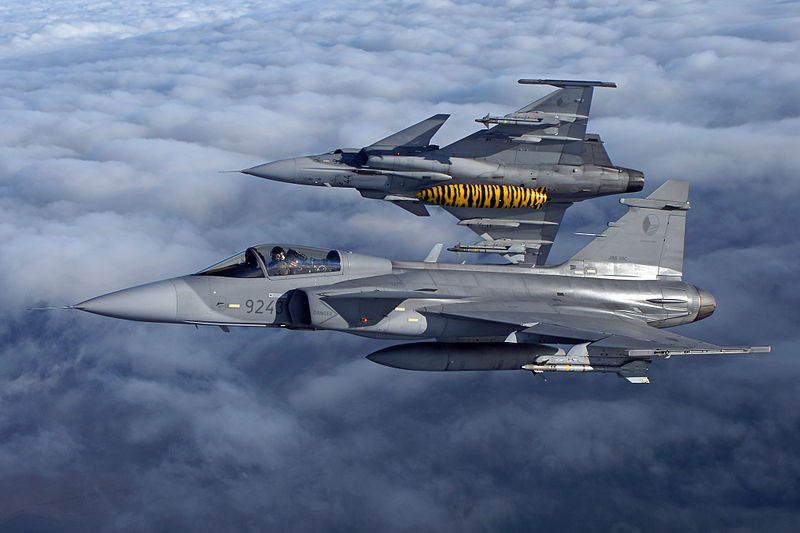 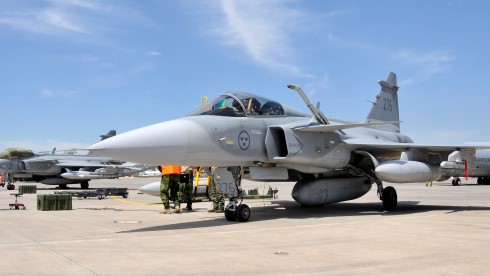 The powerplant of the Gripen is a Volvo Aero Corporation RM12, a modular, fuel efficient, low bypass ratio with an afterburning turbofan in the 80KN or 18000lb thrust class. The powerplant is an enhanced version of the previous General Electric F-404-400, an engine with several million flight hours in operations globally. Volvo also incorporated several improvements including increased thrust and resistance against bird strikes.

By having one of the most highly developed secure and multi-frequency data links in the world, the Gripen is a new generation multi-role fighter that is truly network centric. This gives the pilot a total situational awareness regardless of their role or mission.

With the help of three large colour Multi-Functional Displays (MFDs) and Hands-On-Throttle-And-Stick (HOTAS), the Gripen has superior combat advantage in any situation.

There is a two-seater version of the Gripen called the Gripen D. It has similar operational capability as the single-seater version and available for tactical weapons training, even more specialized missions, and type conversion

Gripen’s high operational availability, fast turnaround, and minimal requirements for support help it to get higher sortie rates while giving the ability to commanders to meet the most demanding and difficult operations without using a lot of resources.

As the world’s most agile fighter for close combat, Gripen uses a combination of advanced aerodynamic layout with a combined close-coupled canard, delta configuration, a triplex, a digital Fly-By-Wire Flight Control System (FCS). This gives the Gripen the capability in winning any dog fights.

By combining advanced system design, latest and highest technology, and modern components, Gripen is affordable and it is one of the lowest operating cost fighters in the world that is currently in operational service.

Super Sensor Fusion is a fully integrated avionic mission system that operates on five 1553B digital data bus highways and this enhances the Gripen’s capability in combat situations by making sure the precise delivery of smart weapons.

The current users of the Gripen are:

The Brazilian Air Force has also signed a contract for buying 28 single single-seater versions and 8 two-seater versions of Gripen NG. SAAB will deliver these planes starting from 2019 to 2024.

Wing span (including the launchers): 8.4 meters

Wing span (including the launchers): 8.4 meters