SKELDAR V-200 is an Unmanned Aerial Vehicle developed by a joint-venture between SAAB and UMS. With an unmatched monitor for all the time and real-time, the SKELDAR V-200 is ready for maritime operations.

While it is an open interface to both BMS and C41SR systems, it also compliant to the 4865 STANAG. As a result, the SKELDAR V-200 is easy to implement on any of the maritime vessels. 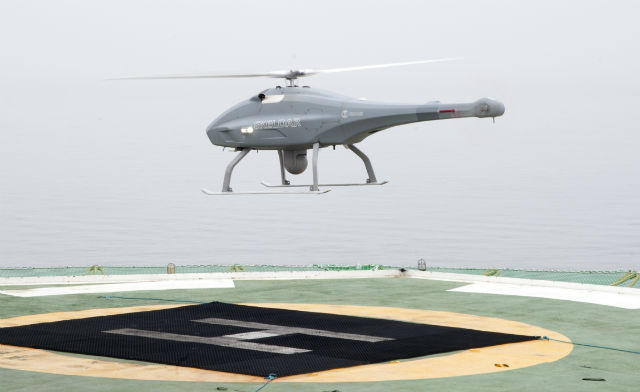 It is also a perfect unmanned aerial vehicle (UAV) for both maritime and naval operations because it has double payload capability and has an advanced and sophisticated heavy fuel. This makes it ideal for civilian and military missions too.

By being high flexible and versatile, the SKELDAR V-200’s system is truly multi-role and perfect for a huge range of applications including reconnaissance, identification, electronic warfare, and target acquisition. In addition, several commercially off-the-shelf EO/IR, SAR, and EW sensors are also installed into the aerial vehicle. 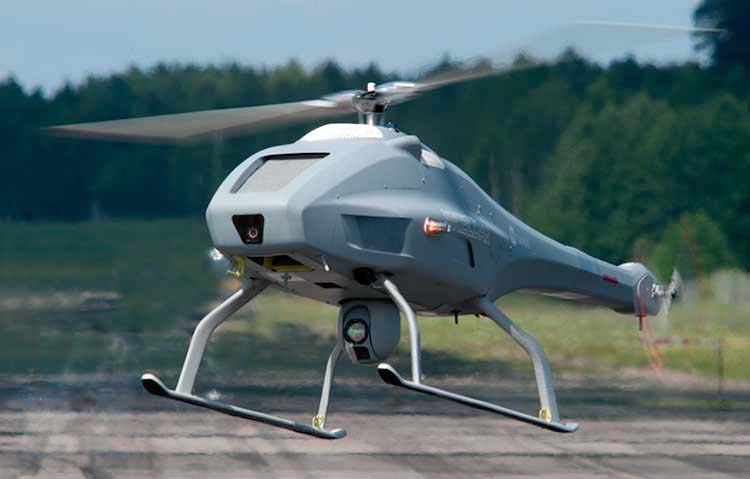 SKELDAR V-200’s system is great for highly effective vertical take-off & landing (VTOL) and this makes it suitable for seaborne missions. With the help of multiple payload options along with great engineering, no other UAV can match the SKELDAR V-200  in Command, Control, Communications, Computers, Intelligence, Surveillance and Reconnaissance (C4ISR) and search and rescue (SAR) roles.

When you are at the sea, you cannot afford to make any errors and mistakes because it can lead to severe consequences. Therefore, the SKELDAR V-200 comes with a heavy fuel engine, which makes it an ideal choice for navy commanders or maritime installations to use it as their chosen Unmanned Aerial Vehicle. This advanced and sophisticated heavy fuel engine also assists in additional landing and take-off in environments that do not allow conventional oils. The SKELDAR V-200 uses JP-8, a fuel based on kerosene and the NATO code for it is F-34.

Due to its flexible rotary for Vertical Take-Off & Landing, the SKELDAR V-200 is also suitable for military and civilian missions ranging from oil exploration platforms, search and rescue operations to Command, Control, Communications, Computers, Intelligence, Surveillance and Reconnaissance (C4ISR) in battlefields, border surveillance, and security patrols situations. Regardless it is on the land or sea, SKELDAR V-200 is one of the best VTOL in its class for its endurance.

The key features of SKELDAR V-200 are as the following:

Endurance: 5 plus hours subject to size of fuel tank module and payload configuration

Each of the SKELDAR V-200 comes with a standard configuration including the following: